The Dog Days of Summer offer the perfect reading weather: too hot to move but you still want to do something. Whether you’re at the beach, the pool, or like yours truly, seeking the coolest spot you can find to enjoy a great read, this hop is the best place to start. There are some wonderful authors participating in this Summer Giveaway Hop and the prize offering is not to be missed. Have fun at the hop and remember to leave a comment and your email address below.

This hop is hosted by Bookhounds & I Am A Reader, Not aWriter.

I’m offering a download of my inspirational western romance, Taking Chances to one lucky reader who leaves a comment and email address. The winner’sname will be  pulled after August 8,12:01 a.m. 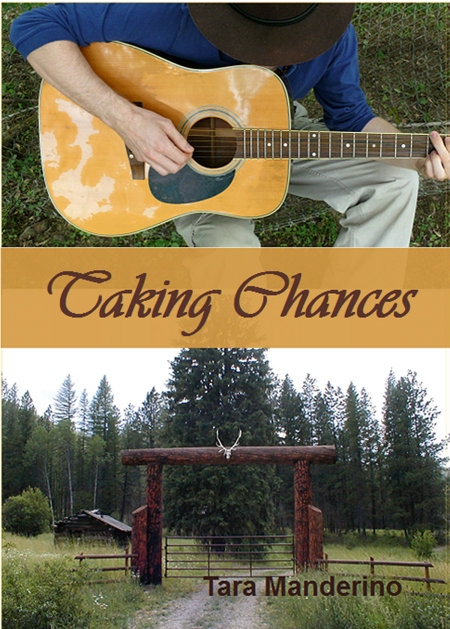 In Taking Chances, Abie, an enthusiastic PR person has one goal: Getting the singer Tyler Davidson to perform at a small benefit her client is hosting. It should be an easy task, after all, the man gave concerts.

An excerpt from Taking Chances:

“Ms. Halloway.”  Ty’s deep voice floated from behind her. She didn’t even have to look to see if it was indeed him speaking. Just as his singing voice was so distinctive, so was his speaking voice. Now that she had heard it, she doubted she would forget it.

“What brings you here?”

“Abie, please.” At his nod, she continued. “I brought over the contract…” Her words tapered and died off as his face instantly settled to stone.

“Then you’ve wasted your time, Ms.Halloway.” He touched the tip of his hat, then turned on his heel to walk away.

Nobody walked away from her. She started after him. “Tyler! At least look at the contract.”

He stopped and turned. Hisexpression not softening one iota. “I. Don’t. Do. Small.” Each word was bit out in precise syllables. If Abie had less self-confidence, she would have wilted on the spot. Instead of backing away, she pulled the contract from her jacket pocket and held it out to him.”Read it. Think about it.” She held it out, but he didn’t take it. Never had she imagined that his eyes could get any steelier looking. The paper vibrated in the air between them. He took a step closer and it took everything in her power not to back up.

“Ms. Halloway, I appreciate your determination, but it’s wasted here.”

“Tell me why.” If he opened up to her, just a little, she might have a something to work with. Might have a better understanding of what would entice him to sign. She swatted away the niggling thought that she would know something about the man himself; that wasn’t important. Still, it was strange that he refused to do benefits. He didn’t seem to mind concerts. She had seen his bookings for that.

Tyler gave her a hard edged glare.  “I don’t do benefits.” He took her by the arm and turned her back toward the drive, where her car was parked.

She tried to yank her arm from his grasp, but it was a band of steel.

Her eyes narrowed in thought. Maybe the good ol’ boy act he used before, the whole church bit even, was nothing but a ruse. This must be the real Tyler Davidson. The literal strong arm tactics,the screaming. If she were a reporter she knew she would definitely follow the story, but since she wasn’t, she would worry about her own problem – getting Tyler to sign the contract.

“I told you, Cayla, stuff it! Idon’t want to hear another word from your mouth tonight.” The harsh female voice pierced the air.

Tyler abruptly stopped, pulling Abie to a halt beside him. She glanced at his face and froze at the expression.He had been stony before. Now he was downright menacing.

Not even seeming aware of his grip on her arm, or even that she was still attached, Tyler headed for the girls’ dorm, practically dragging Abie with him. She tugged her arm free when they stood outside the door, and he looked down at her in surprise, as if not sure how she came to be there. His attention was immediately drawn back to the problem at hand when they again heard raised voices – much louder this time. He yanked open the door and was inside in a moment. Abie followed.

I hope you enjoyed this little peek at Taking Chances.

Be sure to visit all the authors on the Summer Giveaway Hop and scoop up all the goodies.

Reply Valerie Rhodes
2:43 PM on August 1, 2013
Looks like an awesome read.. thanks for being part of the hop.. Have an awesome weekend.

Reply Barbara Derksen
4:00 PM on August 1, 2013
I liked what I read and would like to read more. Good luck with the hop, have fun, and have a great summer.

Reply mary Bookhounds
4:56 PM on August 1, 2013
Thanks so much for participating!

Reply Eva Millien
1:30 AM on August 6, 2013
Thanks for sharing the hop and your giveaway. evamillien at gmail dot com

Reply Tiffany Horton
10:09 PM on August 6, 2013
The excerpt definitely caught my attention, thanks for the giveaway!