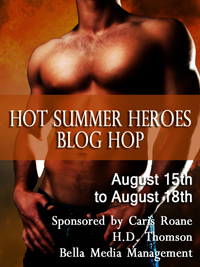 I’m giving away three copies of Soul Guardian. Be sure to leave your email address in the commentarea.

What makes a hero hot? First instinct says hard body and great looks, but it goes much deeper than that! We want the whole package. The intelligent guy who will stop at nothing to protect what is his. For me, I have to include a sense of humor. The absolute hottest thing about a hero, though, is how he looks at the heroine.When she fills his thoughts so that everything is related to her—that’s hot!

Here's a short excerpt from my Vampire book, Bound by Blood. Although Bound by Blood has plenty of action, it doesn’t stop Alex and Lisa from becoming increasingly aware of each other. Unfortunately for Lisa, Alex is all about doing the right thing. And a vampire and a mortal are definitely the wrong thing. 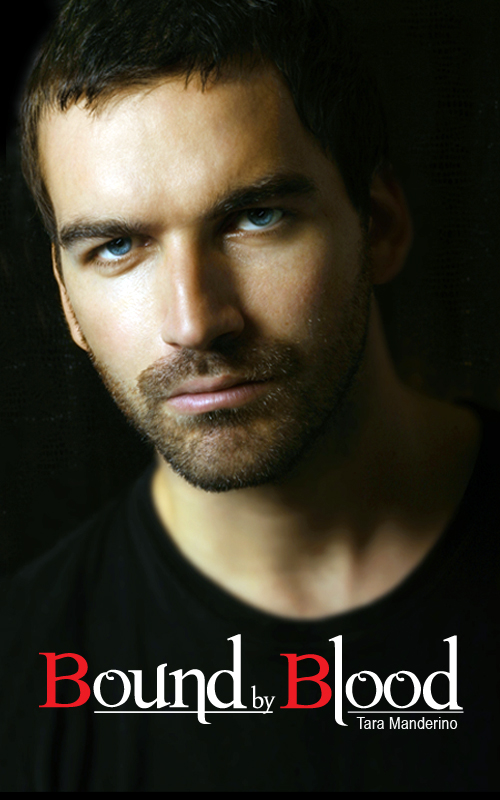 Walking next to him made her feel safe. There was a sense of contained power. It didn’t matter if she had to step double time to keep up. Seeming to notice her difficulty, he slowed and smiled down at her. It didn’t quite reach his eyes, but was reassuring anyway.

Definitely a strange man, but so far, heseemed to be the only one who hadn’t found it odd she hadn’t seen much of the kidnapper; the only one who didn’t seem to suspect her. She realized he might actually do so, but he didn’t display any such manner to her. Walking beside him, she was surprised when he didn’t head up the front steps as she expected. Instead, he went around the side of the building and to a small office area.She should have realized they wouldn’t be going into the church itself. He hadn’t struck her as a religious man.

Stepping in front of her, he led the way through another set of doors. It was impossible for her not to notice the lean length of him and the animal, alert manner in which he moved. Nothing would escape his attention. She instinctively gulped in reaction, glad she wasn’t trying to hide anything.

Finally, he stopped, and held open a door for her to enter the narrow passageway to the office. She squeezed past him, trying not to brush against his body, but that was impossible from the way he held the door.

The room was very warm; it only took a moment to see the fire burning in the fireplace was the reason. It was uncommon for this time of year, although she had to admit it certainly kept the dampness out.

“Have a seat,” Alex said,indicating the grouping of chairs close to the fireplace. She did as he asked,but still looked around for their host.

“Monsignor Phil will join us in a few moments,” he told her. His voice rolled naturally over the Italian title.

She nodded and sat down in one of the chairs. She was relieved – of course she was – that he sat in the chair cattycorner from hers and not next to her. She could think better when he was further away. She took a deep breath.He wasn’t saying anything, yet he said they were to talk. “What did you want to know?”

Bound by Blood is available on Amazon in both kindle andpaper formats.  http://amzn.com/B00761OURU

Be sure to click the link to visit the other authors on the Hot Summer Heroes Blog Hop!