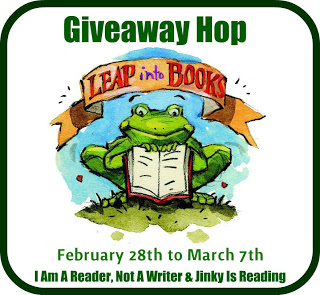 Welcome to my page on the Leap into Books Giveaway Hop!

This hop, co-hosted by Jinky isReading, runs from February 28 – March 7.

I’m a writer, but have always been a reader first. All my heroes are ones that I would like to read about: strong physically and in morals, and they have a quirky sense of humor in how they approach their job and life.  In writing, I had a lot of fun with Simon and Luke in the President’s Orders, a western historical romantic suspense series.  Heart Quest is the second in the series.

I am giving away a paper copy of the book. Please leave your name and email address in the comments section and I will select one random winner for a paper copy of Heart Quest. (I will contact you for your mailing address if you are the winner.) 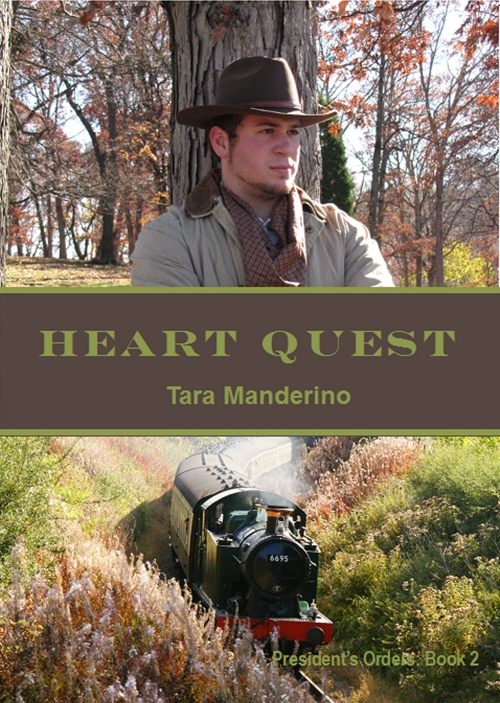 With one week to find the stolen stone from the Heart of Egypt, Luke Hayden, one of the premiere agents of the 1874 US Secret Service, travels in disguise across the continent. When he learns Maj Bentzer, a woman he’s loved in the past, plays a key role in the stone’s disappearance, he’s not sure he can trust his instincts.

Sensing her indecision, he stood by her until the doll was paid for and in her possession. Once that was done, he spoke. “Maj, would youcare to join me for coffee?” He hadn’t intended to ask that. Hadn’t planned onit, but he wanted to spend more time with her.

Surprise crossed her features. “Yes, of course.”  Her reply was breathless and hurried.

Taking the package from her, he escorted her out of thestore and down the street the short distance to the hotel restaurant.

Once they were seated, with the doll on the empty chair between them, silence reigned. Maj started to speak, then clamped her lips shut each time. He wished she would reveal the problem. Since she didn’t seem inclined to do so, he chit-chatted about the weather and the train, keeping his comments broad, encouraging her to relax.

When the waiter arrived, Luke ordered coffee for both of them and asked if she would like a pastry to go with it, an offer she readily accepted.

“Has Annabelle decided she wants twins?” Luke asked jokingly once the waiter left.

Maj gave a weak smile. “No, she wanted a replacement.”

“That sounds serious,” he said. And it did. But maybe it also meant Maj hadn’t used her own funds. He worked to keep his tone lighthearted.

She nodded, but couldn’t meet his eyes. The first sign someone was guilty of something, or withholding information. Would she stil lhave tried to pass on the stone, knowing it was fake? The thought of her playing such a dangerous game nearly stopped his heart.

“Mr. Hayden, I really don’t know how to say this – “ She stopped when she saw the waiter returning with the trolley carrying their coffee and her pastry.

The waiter’s timing was way off. He could see she already regretted saying anything at all. That she used his last name distanced her even more. “Say what you need to, Maj,” he told her once the waiter had left. After a moment of silence while she busied herself pouring coffee from the pot on the table, he reached his hand out and covered one of hers. “Can’t you call me by my name, Maj? It would mean a lot to me. No one says it quite the same way.” He gave her a weak smile, not that she did more than glimpse in his direction. There was magic when she said it.

Be sure to visit all of the authors on the Giveaway Hop! Click here to discover more great heroes.

Reply Janice Crespo
11:48 AM on March 1, 2014
Thanks for the chance! Best of luck everyone!
Janice Crespo
janicecrespo at gmail dot com

Reply tjmanderino
2:04 PM on March 1, 2014
Sound like a historical reader to me, Madeline!

Madeline Jones says...
Would love to win this!

Janice Crespo says...
Thanks for the chance! Best of luck everyone!
Janice Crespo
janicecrespo at gmail dot com

Reply tjmanderino
2:06 PM on March 1, 2014
Reading is magical! I have always loved to 'visit' different places, and historical books are as close to time-travel as we can come.

Reply Quilt Lady
5:25 PM on March 3, 2014
I love historical westerns. They are my favorite read. Thanks for the great giveaway.

Reply Lu Worley
8:26 PM on March 3, 2014
I LOVE Historical novels especially western ones. I would love to read/review it.

Reply Kathleen
2:32 AM on March 5, 2014
This sounds like a great read. Thanks so much for being a hop-stop!
kmanthey(at)charter(dot)net

Reply BookLady
7:18 PM on March 5, 2014
I would love to win a copy of Heart Quest. Thanks for the great giveaway!
bhometchko(at)hotmail(dot)com

Reply essay paper
9:17 AM on February 21, 2021
Hello there! This is my first visit tto your blog! We are a collection of volunteers andd startikng a new
project in a comjunity in the same niche. Your blog pfovided us beneficial information to work on. You have done a wonderful job!